Welcome back to Ace Advice! Today I have chosen a great match to analyze for you all: the 27 year-old Sloane Stephens against the 21 year-old Sofia Kenin. This is an amazing matchup because both of these players have already won Grand Slams! Sloane Stephens won the 2017 US Open, and Kenin won the 2020 Australian Open. And due to COVID-19, she is still the only women’s Grand Slam champion of 2020!

This match is a World Team Tennis (WTT) match. WTT is a league in which there are many different teams, and each team has both men’s and women’s players competing to win the most amount of points (with each game won counting as a point). In these matchups, there is men’s singles, women’s singles, men’s doubles, women’s doubles, and mixed doubles. All of these matches are played with 5 games to win a set instead of the traditional 6. Sloane Stephens is a member of the Chicago Smash, and Sofia Kenin is a member of the Philadelphia Freedoms.

Though Stephens and Kenin are both excellent players, I felt 90% certain before this match started who was going to win. Before going into my strategic thinking, a few things are important to note about the current rankings of these two players. Currently, Sloane Stephens is 37 in the world, and Kenin is 4 in the world. In addition, Kenin’s UTR is 13.26, and Stephens’ UTR is 12.56. UTR stands for Universal Tennis Rating, and it determines how competitive a match is. Since Kenin’s UTR is higher than Stephens’, she is statistically more likely to win the match based on her recent results. However, though these rankings do help in predicting the winners of matches, I like to go with the more traditional route: analyzing the players’ styles of game.

Sloane Stephens is notoriously a counter-puncher, meaning she loves to hit with big targets from behind the baseline. She is super athletic, and long matches never seem to bother her. Actually, I just posted a video on how to beat a counter-puncher on YouTube (my channel is called Ace Advice), so check that out! But let’s talk about how to beat them here as well, shall we?

Kenin’s game is a lot more aggressive. She has great variety, she loves her backhand more than her forehand, and she does a great job of setting up the points. Remember, tennis is a lot like chess, not checkers. It’s all about strategy!

So now that their two games have been established, let’s talk how each should play to win. If Kenin goes for too small of targets, Stephens will win. Stephens has one of those calm and confident attitudes on the court, which can be very frustrating to witness from the other side of the court. That frustration can lead to aiming for smaller targets, so Kenin has to avoid getting frustrated. However, if Kenin stays positive and structures the points well, she will win. Kenin inherently has the game that can beat a counter-puncher.

To beat a counter-puncher, you need to hit angles, hit down the line to change the direction of the ball in rallies, and you need to take the ball early. A combination of these three strategies will cause the counter-puncher to always be out of position. Because Kenin loves to do all three things already, I predicted that she was going to win. Let’s find out if I was right.

Right from the start, Kenin was utilizing angles perfectly. Once you create an opening in the court, your opponent has no idea whether you will hit to that opening or if you will hit behind them. And that is why unpredictability is important. If you end up always hitting to the open court, your opponent will just start running there immediately, making it harder for you to end the point. But if you alternate hitting to the open court with also hitting behind them, they will truly have no idea where to go! Stephens was taken out of her comfort zone right away, which gave Kenin an early lead. Not only did Kenin hit angles well, but she also took Stephens’ shots early. When you take your opponent’s shots early, it gives them less time to recover and set up for their next shot. Very effective, especially against players who love to rally!

However, Stephens is no amateur. Knowing she would have to step it up, she started to exploit Kenin’s forehand. This is an unfamiliar situation for many people; most people love their forehands! However, this is one of those rare circumstances where your opponent would rather hit a backhand than a forehand. The good news is that even though it is a rare occurrence, the strategy remains the same on how to exploit a weakness. Stephens would hit to the Kenin backhand, and then she would hit to her forehand side. Because Kenin is still recovering from hitting her backhand, her forehand side is wide open, and she doesn’t have the time needed to run around the ball. Stephen’s patience, along with her decision to start exploiting her weakness, made Kenin very frustrated.

However, at 3-3, Kenin refocuses and starts hitting with bigger margins, allowing herself an opportunity to utilize all of her tools. Though Stephens still was exploiting the Kenin forehand, it was simply not enough. Like I said at the beginning, Kenin on any good day, with her style of game, will always beat a counter-puncher like Stephens. 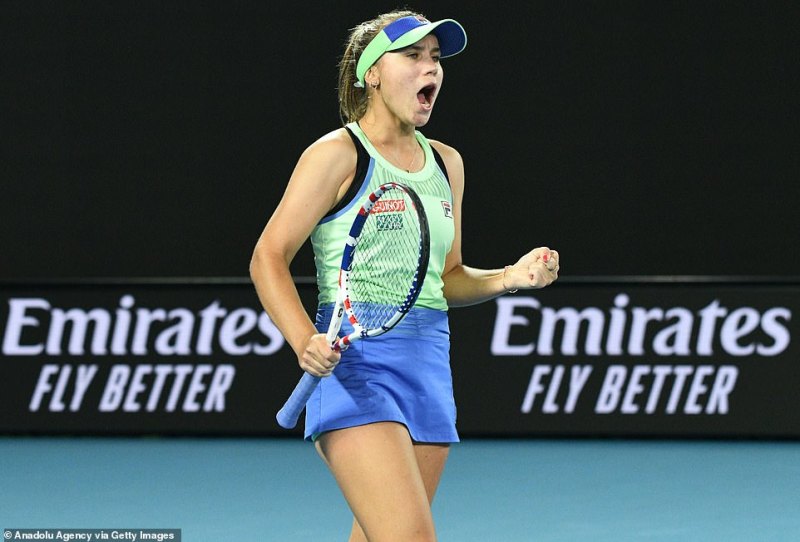